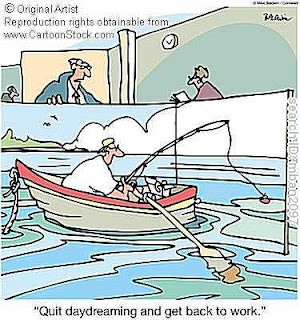 “
Once upon a time, there lived a king……..”
You might have heard sagas starting with this phrase. Yes, I used to, from my granny who is no more. They may be called as ‘tales’, ‘sagas’, ‘myths’ or whatever you call it as, feels good to listen before going asleep. Those were childhood years.
In my definition, ‘Nightmares’ – are those which we would have never expected to happen in our lives, but somehow they happen to happen 😉 Or even bad dreams while being asleep are usually called as nightmares. And Day Dreams – are those which we dream of but there would be a high impossibility of them becoming true, can say almost impossible. We dream of something which would be a fantacy. We work hard to make that happen. Only afew can make it come true, but many of us still remain working on it to make it true or give it up at some point of time, after so many efforts.
Of course, to dream is ones’ right. But work on it accordingly to make it happen rather just waiting for something to come true without putting any efforts. It would ‘hurt’ ourselves when we dream of something and will not work on it at all. Instead don’t dream when you think you can not work on it – is what my point is.
Once upon a time, in early 1900’s, going to US was like a Day Dream. As time pased by, the dream of going to US had started becoming true, at least for those who are professionals. And now, it may be the same situation as early 1900’s to go to US due to many significant factors. It would be taking a day-dream form again. Vice versely, I’ve seen few people who got a chance to work in US through their company and feel that as a nightmare. This could be because of the attachment with their family/ home sick factor/ phobic to new culture or community/ or could be anything. They don’t even think how that’s gonna help build the power of ones’ Resume. They just reject the offer and limit themselves to be in a closet. Why? Are they under confident? Or are they not willing to explore the world, people, (work) cultures… and they don’t wanna come out of the closets which are like black-boxes?
Reasons may vary or could be many. And I know I don’t have to comment on an individual’s thoughts. Rather I’m not commenting but trying to explore what could be the reason(s) for not accepting such offers which can help one’s self-development. If not settling down in as an alien in the new continent, can go and explore for few months. Am I correct?
My own experiences had proven my self development, in terms of communication, transparency in putting ideas/ thoughts (we also call it as open mindedness)/ technical knowledge growth and in so many significant aspects. To brief, I’d attained growth in both my personal and professional stuff. Small example when talking about SDLC, is the out-sourced job will have less chances of it’s franrance where as in the base location, you may get a chance to explore and work on full SDLC criteria, which helps you to help yourself understand what’s going on in a particular project or task, from the scratch till the end. I’ve known things which I haven’t known in my whole life living in India. Our mentality is almost limited. Even I will be selfish in few things thinking of most negatives which could be the outcome of ‘what if I do’ than thinking of the positives out of it. I know that if I be optimistic in my thoughts, can let positives rule over all the negatives, if any. But still at times I be pessimistic – thinking of all the cons side of that particular thing. Why? Is it our mentality set by our environment? Can’t we overcome such pessimistic thoughts? ‘Only God can help me’ is what I hate to think of. It’s we who have to help ourselves. If not, take HELP from others who cares for you!!
I know you would now say – “preaching is very easy than implementing“. Well it is sounds easy but implementing will also be easy when we have that ‘willingness’. I’m not so great as my writing may imply. But at at least I’ve started thinking about it.
Finally, my idea is when we can not come out of the closet, we better stop dreaming of anything. And if we dream of anything, better move our lazy ass to work on it and try making it come true. If we can not, we might probably end up telling ‘once upon a time…..’ to our next generation, than telling ’em about present and future.
Any thoughts? Can feel free to deny mine if I’m wrong or to support me if I sound realistic!
~ Cheers!
NOTE: The picture used in this blog has been taken from web. I do not own it!!